by Admin
in E-Commerce Marketing
0

Start your week with a review of recently funded VC transactions, curated from our venture capital deals database.

Today, we are featuring thirty-one new VC deals from our venture capital database. 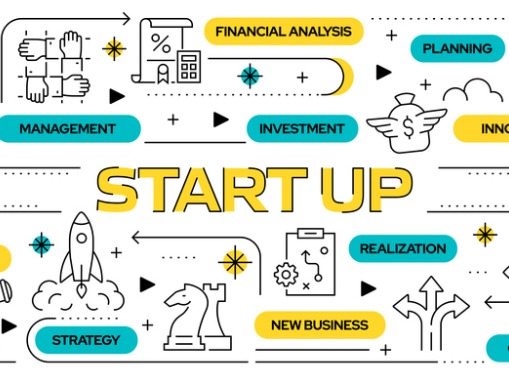 We’ve got nine seed rounds in the mix today. It’s great to see so many new tech startups launching!

28 by Evie, a women’s fitness technology company, received $3.2 million in seed funding, led by Thiel Capital. Learn Capital and Steel Perlot also invested. The company is based in Miami, Florida.

1-1 participated in a $2.3 million seed capital raise for 57hours. The company is headquartered in New York City and provides a platform for booking outdoor adventures guided by experts.

ArabyAds, an adtech company focused on e-commerce marketing, closed a $30 million Series B funding round. The funding was provided by AfricInvest. The company is based in Dubai.

Avego Management backed a Series A capital raise for AtomVie Global Radiopharma. The investment amount was not disclosed. The company is based in Hamilton in Ontario Canada. The company is focused on next-generation radiotherapeutics and supporting its pharmaceutical and biotech partners from early clinical development to commercial manufacturing.

Blockchain technology venture Blockify secured $2.2 million in funding. The company announced the deal but opted not to disclose who the investors were. Based in the Bahamas, Blockify provides a single point of entry for managing and interacting with digital Web3 assets.

Comm Technologies, a developer of a crypto-native chat platform for social clubs, received $5 million in seed investment from CoinFund. The company is based in New York City.

San Francisco-based Fair Square Medicare announced a $15 million Series A round. Define Ventures led the round, with support from Slow Ventures and Y Combinator. The company is a technology-driven, senior care-navigation company that initially launched as a brokerage firm for Medicare .

Corporate intelligence venture Handshakes, which provides data analytics and risk monitoring solutions to enterprise customers, raised a strategic funding round from Nikkei and S&P Global. The investment amount was not provided. Founded in 2011, the company is based in Singapore with offices in many other cities.

Medical devices company Levee Medical landed a $6.6 million Series A financing round. Investors were not disclosed. Based in Durham, the company is designing solutions to improve surgical outcomes related to prostate cancer.

Lumachain, a food-centric supply chain platform, raised $19.5 million in Series A funding led by Bessemer Venture Partners. Main Sequence Ventures also invested in the round. The company is based in Sydney, Australia.

Blockchain venture NFT Genius raised $10.5 million in Series A funding from Dapper Labs, Fundamental Labs and OneFootball. The Los Angeles-based company is working on marketplace technology for the NFT market.

Veterinary care startup Petfolk raised $40 million in Series A funding from White Star Capital and Michael Wystrach, the founder of Freshly, with support from TriplePoint Capital and a long list of individual investors. The company is based in Charlotte, North Carolina.

Privado, a code scanning platform, announced a $14 million Series A equity round. Insight Venture Partners and Sequoia India led the investment, with participation from Emergent Ventures and Together Fund. The company is headquartered in Dover, Delaware.

Pharmaceutical company SaNOtize announced a $24 million round. Horizons Ventures and OurCrowd led the round. Other investors included the Agricultural Bank of China. The company is based in Vancouver, Canada.

Blockchain and fintech startup Spectral Finance, a developer of a liquidity aggregation platform designed to decentralize the world of finance, announced a $23 million equity round. General Catalyst Partners and Social Capital led the investment, with support from Circle Ventures, Franklin Templeton, Gradient Ventures, Jump Capital, Samsung Ventures and Section 32. The company is based in New Rochelle, New York.

Concrete Rose Capital, Courtside Ventures and Trinity Ventures participated in a $8.9 million funding round for Astrolabs dba Tradeblock. Based in Houston, Texas, the company provides a barter-centric trading platform for sneaker collectors.

Upkid closed a $1.7 million seed funding round. Backers included Beehive Venture Partners, Corazon Capital and Newfund. The company provides an app that connects daycare programs and preschools with early childhood professionals who flexibility in their work schedules. They are based in Eagle Mountain, Utah.

HBSI Capital invested in a $1 million funding round for Ventrk, a health and wellness software developer. The company is headquartered in Bellevue, Washington.

About Our Breaking Entrepreneurial News